A terrifying creation that appears to have been constructed from the body parts of every monstrous creature imaginable, with writhing tentacles sprouting from its form. 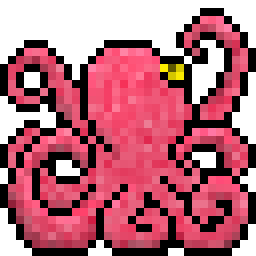 You are allowed to switch gods from Xom to Jiyva at any point. You aren't allowed to leave Xom otherwise, and can't leave Jiyva once you've switched.

While you might be tempted to ditch Xom as soon as possible, bear in mind that following Jiyva early will cause you to miss out on a lot of items.

Also, killing The Royal Jelly will remove all altars to Jiyva, in case you were unaware.

Don't train ranged attacks, and don't choose Unarmed for your starting weapon. (You can still train Unarmed Combat though.)

Convert to Jiyva and reach 6* piety with them, and mollify Xom.

1. Eight Arms To Hold You

Have 5 enemies constricted at once. Take a screenshot or make a note with : !cosplay.

Get maximum magical contamination at some point, and win the game.

Upon getting maximum Contam, you get the message "You are engulfed in a nimbus of crackling magics!" You'll reach dark red Contam before you're at this point.