Once the primary guardian serpent of a legendary treasure hoard, she was disgraced after thieves looted it while she slept. She now slithers about the dungeon, seeking vengeance against all would-be looters. She is an accomplished spellcaster, but no more deadly in melee combat than others of her kind. 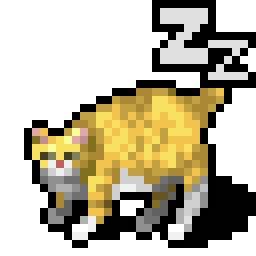 Keep your unarmed combat skill at 7.5 or less. (At 6 UC, your attack delay is 0.89 which rounds to 0.9 most of the time.) Be mindful that skill targets can skill go over this number from killing a high-XP enemy.

Kill The Royal Jelly in one turn. (i.e. take it from full health to zero in one action; you can take as long as you need to set this up.) If you do this, make a note by pressing : and then entering !cosplay. If you hurt TRJ without killing it, you can retreat until it's back to full health. Beware of the jelly aftermath!

Stabbing is the "obvious" choice, but one-shot stabbing TRJ at full health will require might (or Serpent's Lash) if you're following the Weapons conduct, even at 27 stealth. Uskayaw's Grand Finale is another choice (but watch out for Pain Bond), and there could be other options -- Chain Lightning can do it if you have very high spell power, and you're lucky. Polymorphing TRJ might help you -- the resultant monster will probably have less HP than TRJ. Polymorphing will also cause TRJ to spit out all its jellies at once, and immolation plus a good AOE attack might do the trick, though if it doesn't be careful to make sure TRJ lives.